Today’s styling was rather offbeat and special for me, cause it was a first: Combining two intriguing trends, Androgyny and Vintage, creating a classic look.
Androgynous Fashion Trend has been around for decades and is taking centre stage in today’s fashion too.
Definition of Androgynous : A woman, who likes to dress in way that is an equal blend of feminine and masculine and giving an impression of ambiguous sexual identity “androgynous looks“ .
An early pioneer of androgynous fashion, Katherine Hepburn appeared in Hollywood movies in the early 1900’s wearing male inspired buttoned down shirts and trousers.
The gender borders are increasingly being blurred and fashion walls are repeatedly being been broken down. Androgyny became one of the most increasingly common looks on the catwalk and arguably the most versatile. It’s modern-day feminism! Women who wear their boyfriend’s jacket, their husband’s shirt and seek out masculine tailoring is becoming an ever-popular style demanded of the high street and designer stores .The modern-day women believe and trust in the fact that not only is androgyny cool, but it is also very sexy. The look just screams “powerful”. The androgyny brigade is taking over the fashion world quicker than you can say “boyfriend jeans”. Although it can be fun and quirky, androgyny is ultimately an outlet for women who prove that they can be strong and powerful but also elegant and sexy.
Getting the look: The way to pull off this look is quite simple. Androgyny is all about finding a balance between masculine and feminine. It’s about turning heads and raising questions.
To create that gender battling look, straight out of an old French movie, I combined a pair of black high waist pants with a loosely fitted blue silk shirt, suspenders, a black bow scarf neckpiece, black gloves and a hat. The gloves add a vintage touch and I played it up and wore crystal embellished heels to give a feminine twist to an otherwise masculine outfit. A hat can be a fitting addition to any androgynous look -a trilby or Charlie Chaplin bowler hat are perfect. The hat was a DIY, where I added a black rose with black feathers to it, again adding to the vintage appeal. 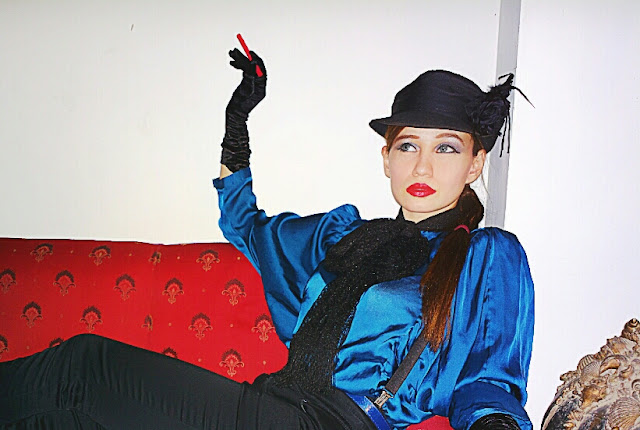 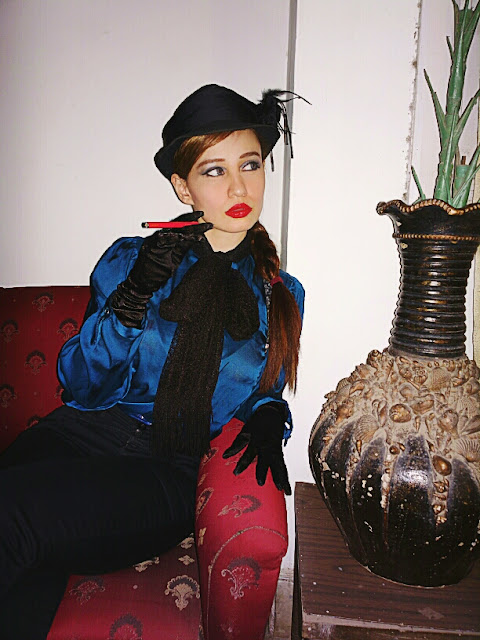 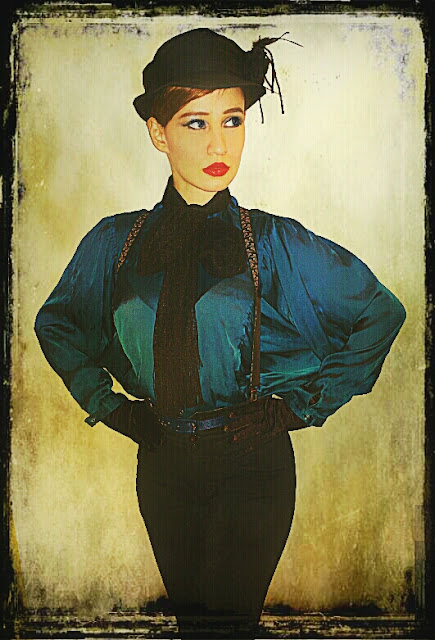 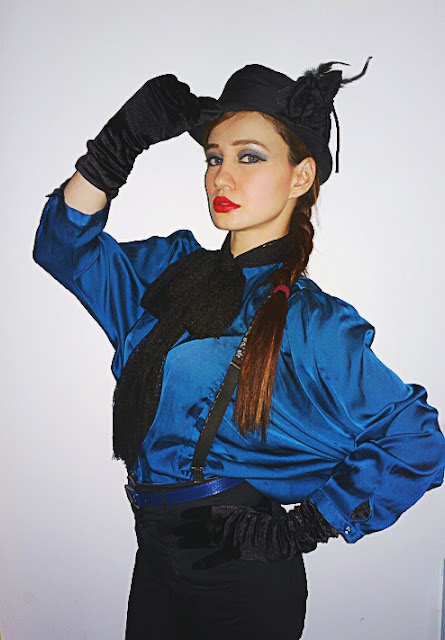 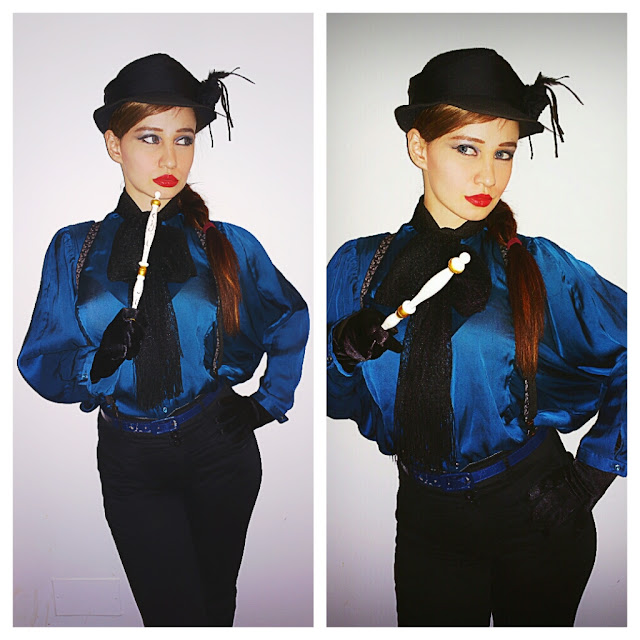 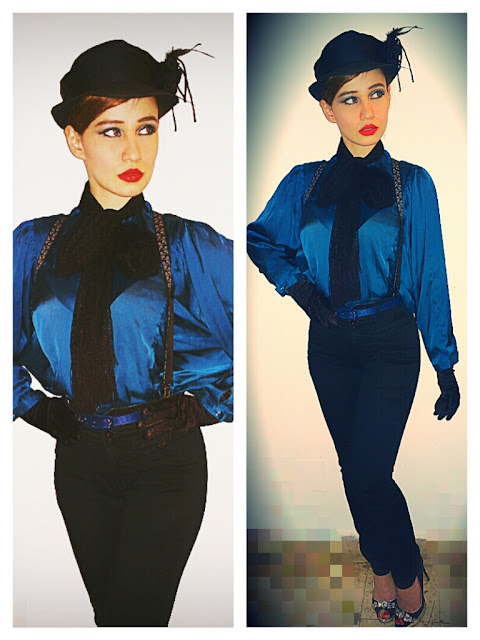 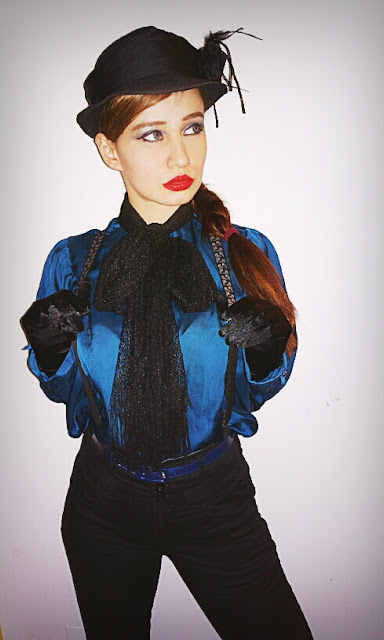 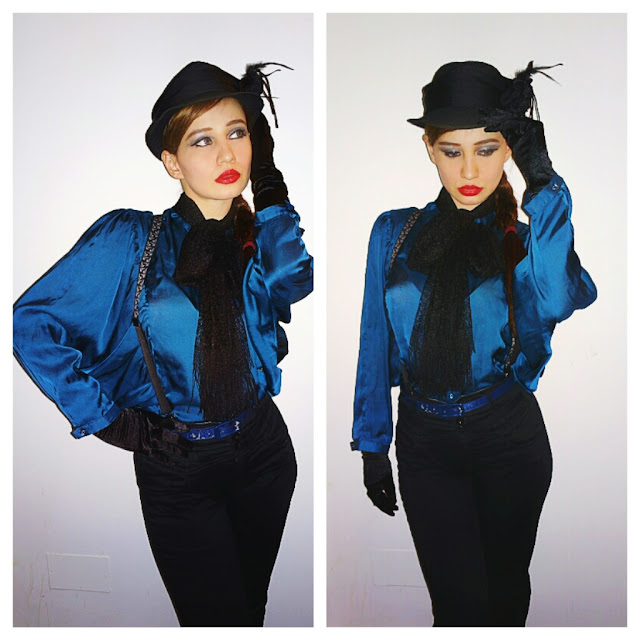