Dance, Drama And Awards at the IIFA Awards 2013 at Macau, China !

The 14th International Indian Film Academy / IIFA Awards ceremony was held at Macau, China on July 6th, 2013 at The Venitian-Macao Resort-Hotel. It was a glittering event with the presence of popular Indian actors including Shah Rukh Khan, Madhuri Dixit, Shahid Kapur, Abishek Bachchan , Deepika Padukone and many more.
This year’s IIFA was special as the event celebrated 100 years of Indian cinema. The event, hosted by Bollywood’s reigning superstar Shahrukh Khan and the generation next star Shahid Kapur, was witnessed by several thousand fans who thronged to the venue to get a glimpse of their favourite stars.
The IIFA awards, which is touted as the Indian version of the Oscars, is one of the most-watched annual entertainment events that brings the whole Indian film fraternity on one stage.
It was refreshing to witness that, the Awards focused a lot on giving a boost to the new talent that has emerged in the last few
years in the industry. The performance line up included both
newcomers as well as veterans. Young actors like Sushant Singh Rajput, Deepika
Padukone, Ayushmann Khurrana and Parineeti Chopra also performed alongside the veterans.  The event witnessed pulsating dance performances from some of the best talents in the industry including Deepika Padukone, Madhuri Dixit, Prabhu Deva, Sridevi and Parineeti Chopra who set the stage on fire with their sizzling performances.
I completely relished the high octane performances, spectacular stage set ups, lighting displays and the overall spirit of celebration at the event. Here are pictures of some the highlights of the event. 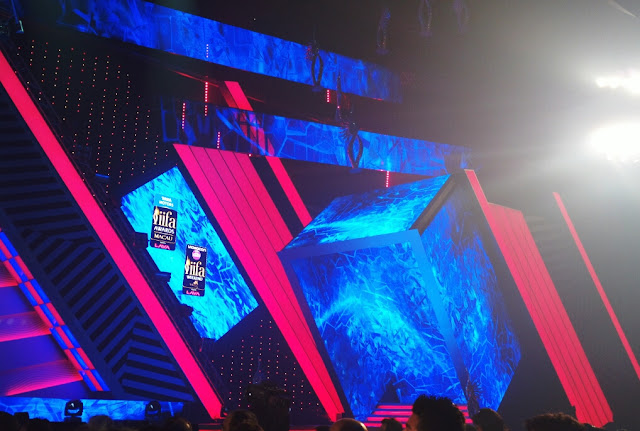 Host for the evening young Bollywood heart throb Shahid Kapoor made a rather dramatic entry, suspended by a crane and accompanied by fireworks. 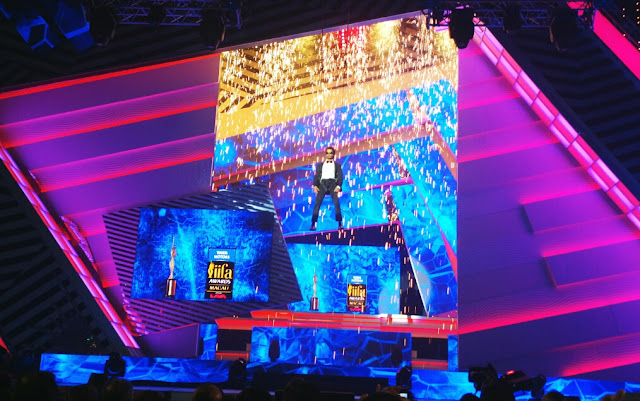 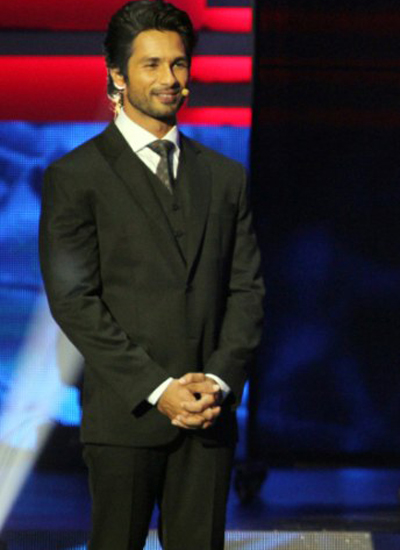 Co – Hosts Shahid Kapoor and Shah Rukh Khan entertained the audience thoroughly with their antics and left everyone in splits. They managed to set the audience on a fun ride with their one liners and punches. 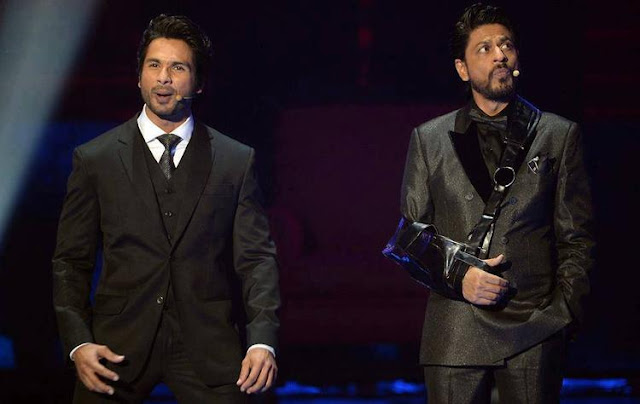 Abhishek Bachchan begun the show on a great note with his power packed performance. 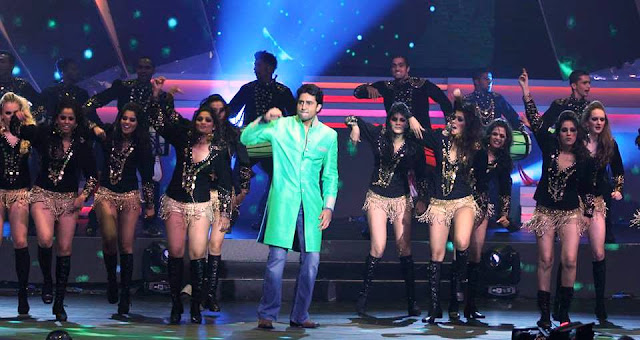 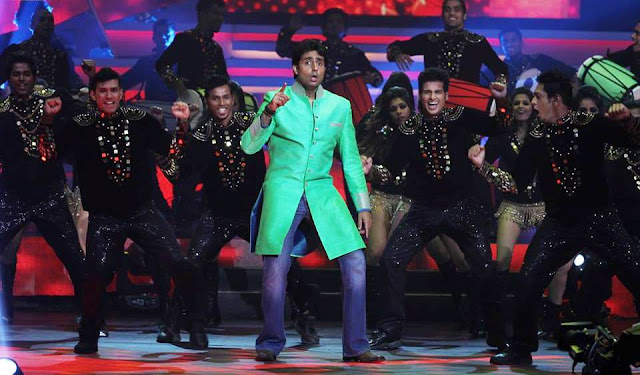 Parineeti Chopra amazed the audiences with a spirited performance with Ayushmann Khurrana. The two looked cute together as they danced to the tune of some really romantic tracks. 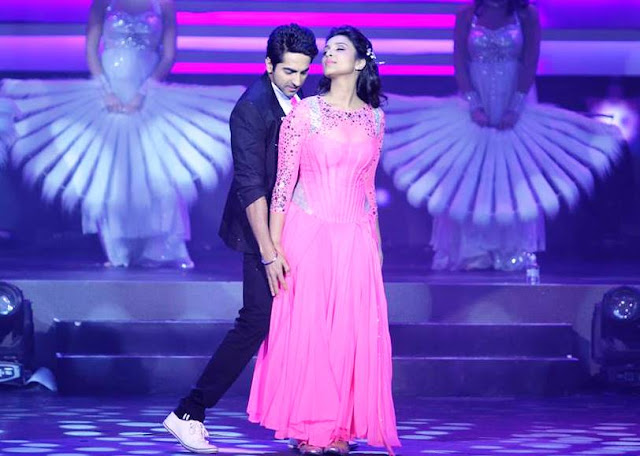 Ayushmann Khurana & Parineeti Chopra’s Performance
Sushant Singh Rajput put up a quite a spirited performance for a newcomer. 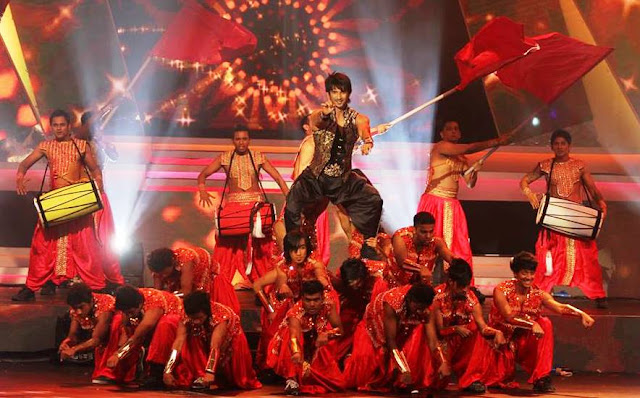 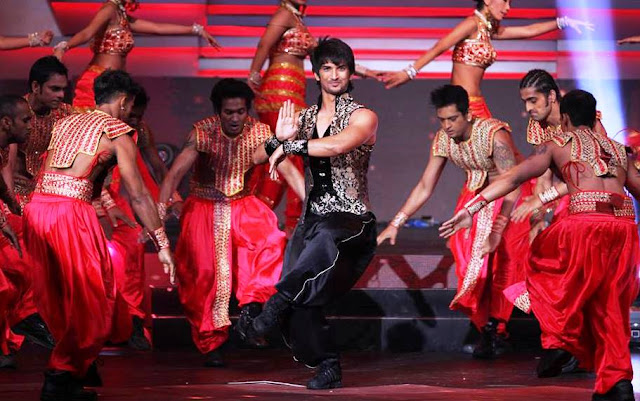 Sushant Singh Rajput’s Performance
Deepika Padukone showcased some of her sizzling signature moves in a sheer black and gold number, to her recent hit film songs, including Angrezi beats, Tum hi ho bandhu and her most recent Balam pichkari. It was quite a power packed performance from the leggy lass. 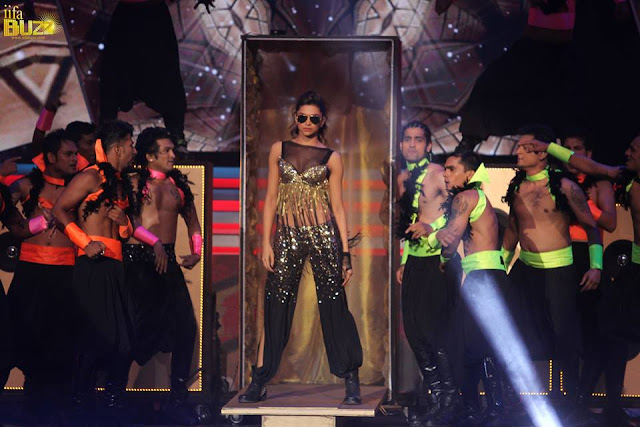 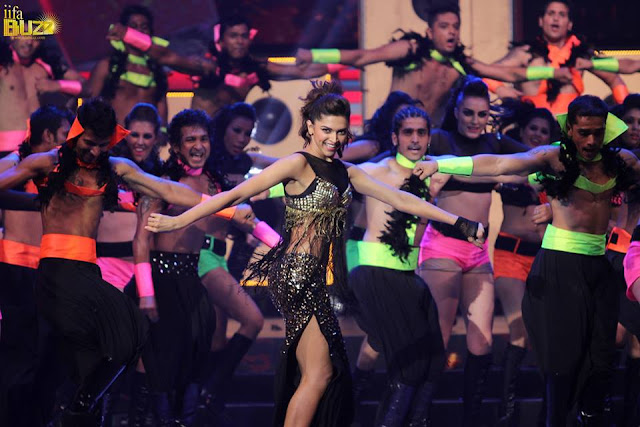 Madhuri Dixit, who made a debut this year in IIFA, received a standing ovation from the film fraternity for her brilliant stage performance. She performed on her famous dance numbers like ‘Dola Re Dola’, ‘Mera Piya Ghar Aaya’ and ‘‘Ek Do Teen’ and on her recent item number ‘Ghaghra’ from Yeh Jawaani Hai Deewani. Check out the spectacular lighting displays and effects for her performance. That was the single most spell binding moment of the event for me. 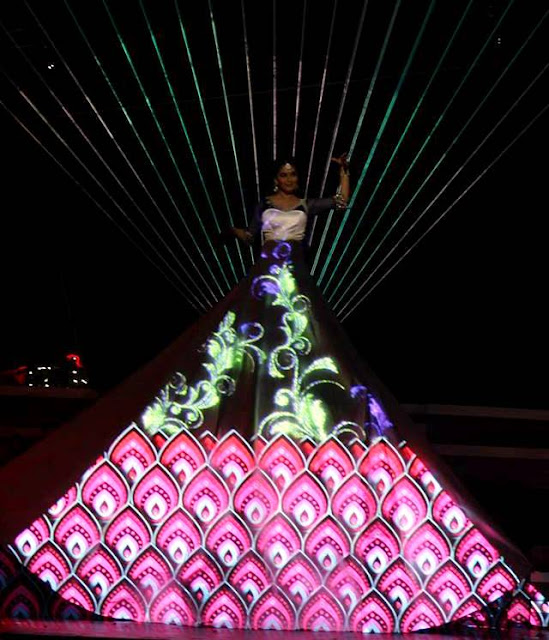 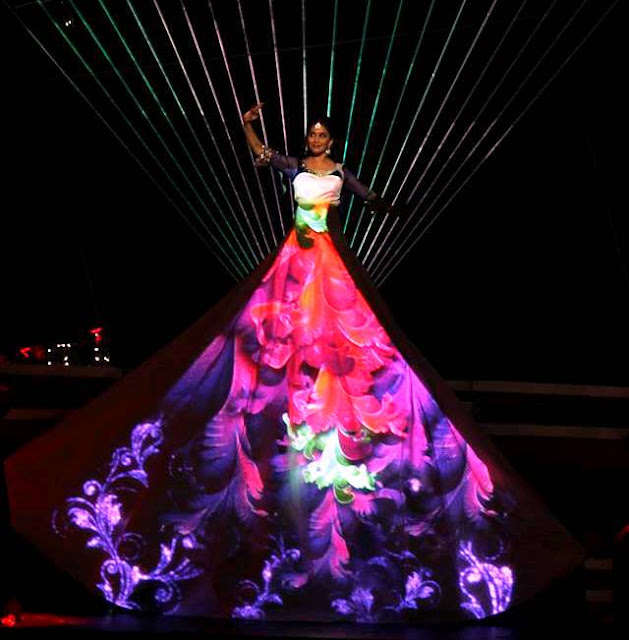 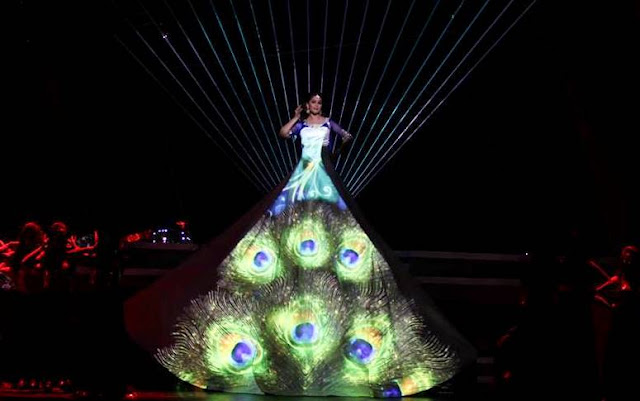 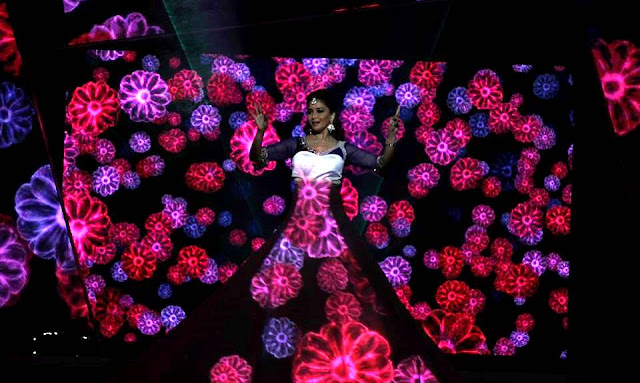 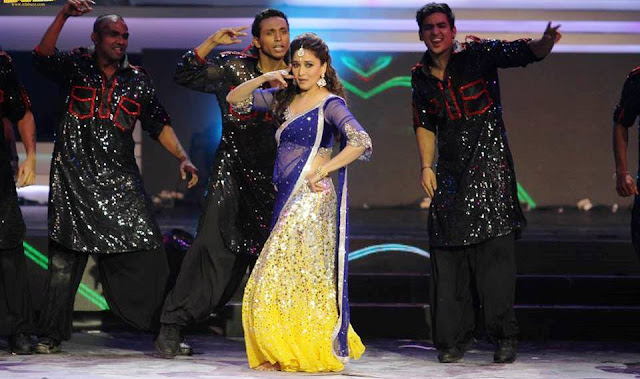 Sridevi arrived on stage in her English Vinglish movie’s avatar and soon transitioned into her glittering lehenga choli and gave a scintillating performance. The highlight of the evening was Sridevi’s performance with none other than ace dancer/choreographer Prabhu Deva, the duo’s mash
up of old Sridevi songs and modern AR Rehman tracks was astounding. Ever
graceful Sridevi and her myriad expressions was something else,decked in
sparkling Manish Malhotra stage outfits.
I was particularly thrilled watching her perform, because I have idolised her as a child and it was a real treat to watch her perform live on some of my old favourite tracks from  Chaalbaaz (Naam Mera Premkali, Kisi ke hath na ayegi ) and Mr India (Hawa Hawai) 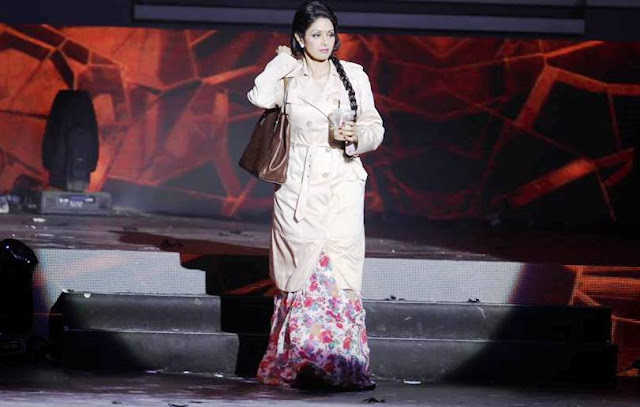 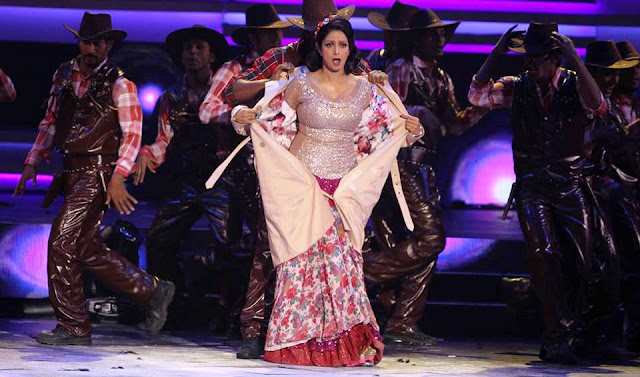 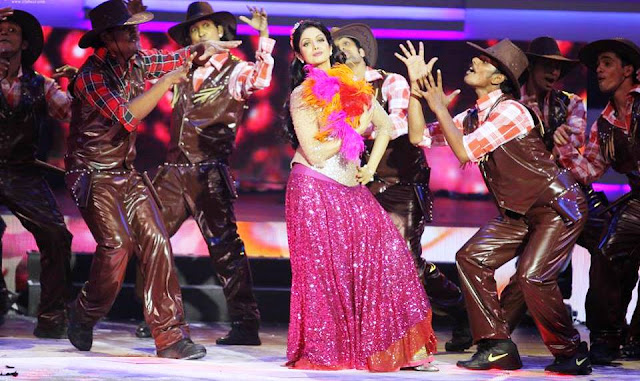 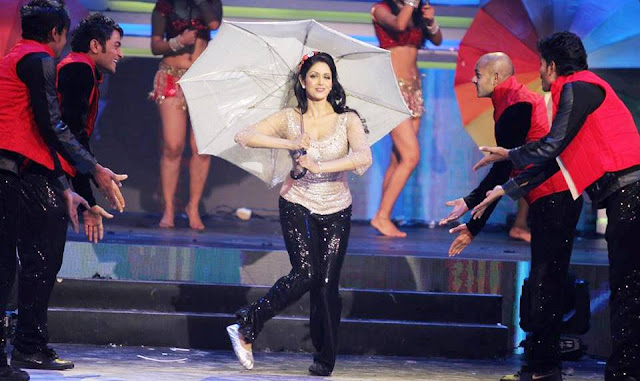 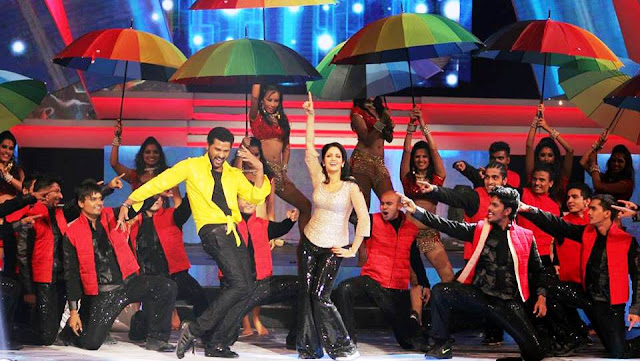 Here, are the winners in the main categories:

Hope you guys enjoyed the pictures from this absolutely spectacular event ! I had an absolute blast watching the magic unfold before my eyes live. For all the Indian audiences do catch the telecast of the IIFA Awards at 8:00 pm on Star Plus 10th,Aug.