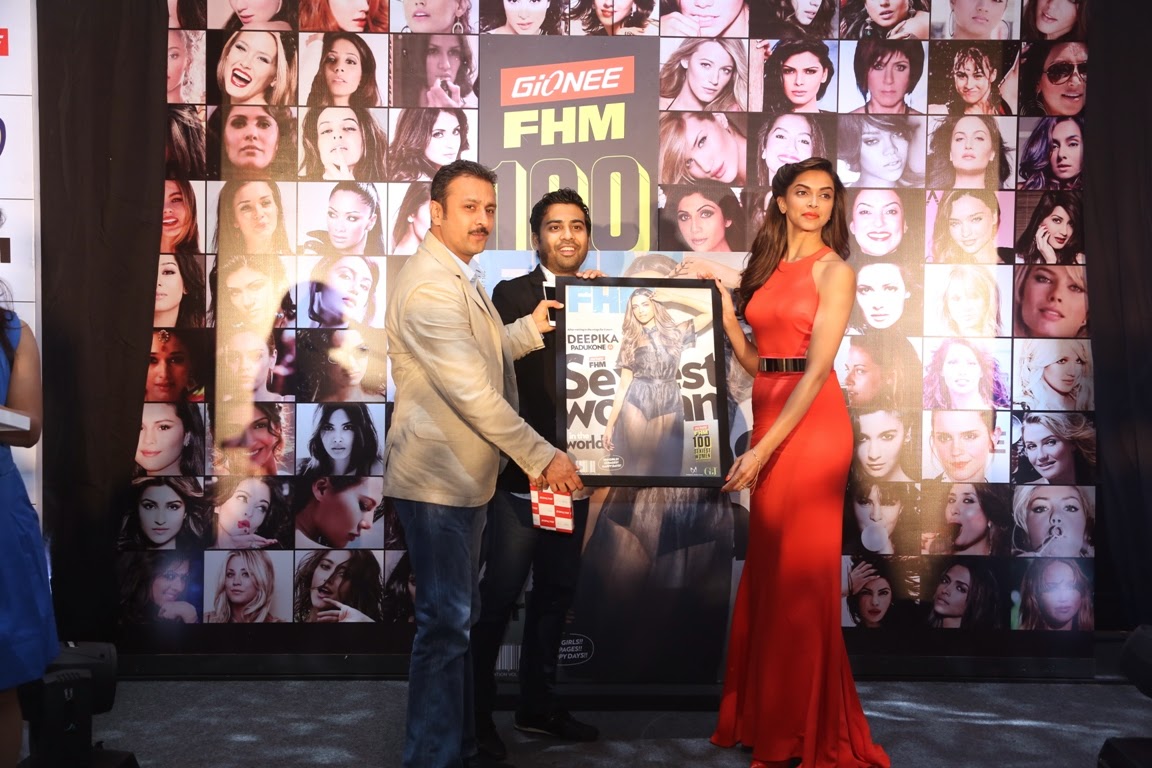 July just got hotter and the celebrations just got bigger as FHM India unveiled the winner of  FHM sexiest women 2014 over the most happening affair that was held in the city. Glamorous actress and the toast of the season currently – Deepika Padukone was awarded the FHM sexiest women of the year.
The evening was a glitzy glamorous affair attended by actors, international models, TV personalities and many more. Deepika was wearing a sassy tangerine Stella McCartney gown and was perfectly dressed for the evening.
Neha Sharma, Elli Avram, Kiara Advani, Karishma Kotak, Adhyayan Suman, Sara Loren, Urvashi Rautela, Alesia Raut, Bruna Abdullah, Zoya Afroz  and many more were spotted at the event making the evening lively adding the chutzpah and oomph to the event.

I too attended this star studded event and glammed it up for the evening in this coral printed bralet with this coral sheer slit maxi skirt cinched it at the waist by this edgy black belt with gold chain.

FHM every year organizes these most sought after awards based on public voting and publish yearly rankings for the Sexiest Women In The World. FHM India follows the tradition of the 100 Sexiest Poll which has been conducted by FHM UK for the last 20 years. The results of the Indian edition of the poll are released to the public every year by the winner of the poll.

“There are lists and then there is the 100 Sexiest list – the difference is that this is a For the People, By the People list. There is no editorial agenda, no marketing gimmick; we are merely working as a platform to showcase our list of top100 women. And yes, we are ranking them. 2014 is a year of some major ups and downs – for instance, Kareena hasn’t made to the top-10, Bipasha is languishing somewhere in the 30s and Mallika Sherawat is down at 95,” Kabeer Sharma, Editor FHM India said.
Voting trends of FHM awards currently are as follows:
Katrina, the past 5 series winner is currently at no. 3
Kareena Kapoor doesnt even make it to top 10
Rochelle Rao, voted as the hottest calendar girl of the year, is at no. 14
Prachi Desai beats Sonakshi Sinha & Sonam Kapoor
Bipasha is currently no. 30
Archana Vijaya, the hottest Indian sports anchor, at no. 52
Emilia Clarke, English actress best known for her role as Daenerys Targaryen in Game of Thrones voted 11th in the UK, gets positioned at no. 93
Mallika Sherawat performs her worst, ranked at no. 95
India’s fascination with Mad Men seems to be over, Christina Hendricks doesn’t even make it to top 100.
The July Issue of FHM India would feature exclusive coverage of these sexiest women. On the cover would be unveiled the winner of this year and the most sexy women on the planet.
Arvind R. Vohra, India Head – Gionee Smartphones said “Mobile phone has evolved into a lifestyle product and this association has been done while keeping this in consideration. This initiative from FHM is all about celebrating the glamour and beauty and it gives us a perfect platform to us to associate our super sleek Gionee Elife 5.5 – the slimmest phone in the world. We at Gionee are very excited about this association as it has not only a lot of style, glamour and oomph but also a lot of substance, and this synchronizes with our S 5.5  offerings.”                        Check Out The Video on YouTube !